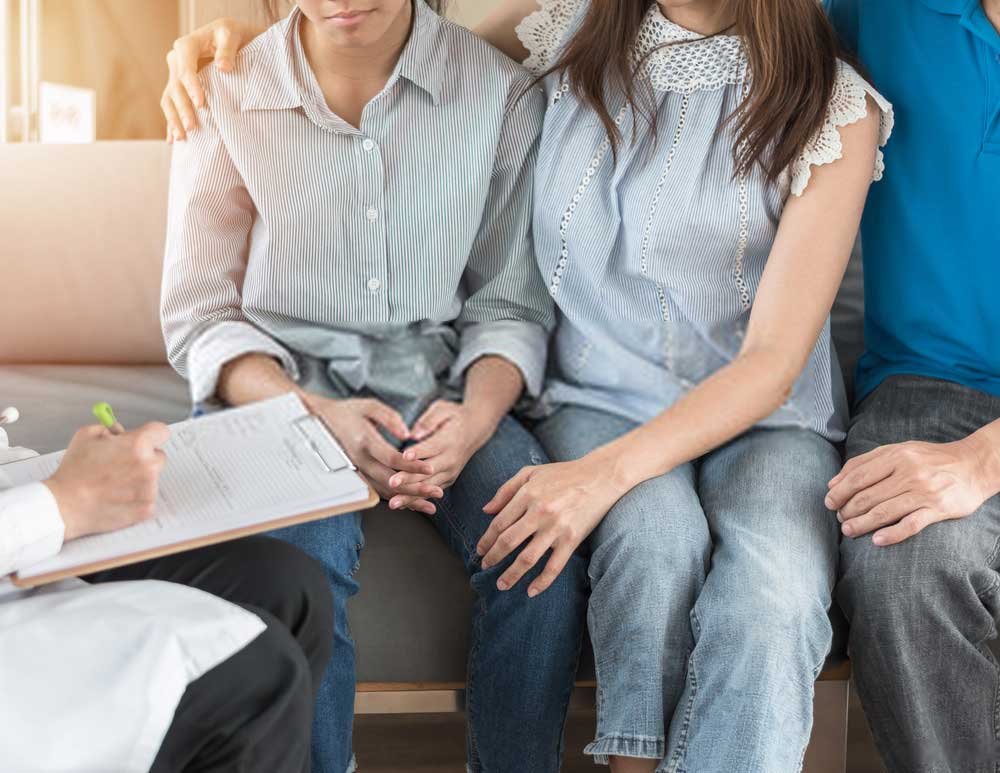 Teenagers go through many phases. Adolescence is a time of major change in a young person’s life. They find themselves with hormone fluctuations, changes in their body, and are inundated by social pressure at every turn.

Thus, it is very common for teens to go through occasional “rocky periods.” They may do or say things which can seem alarming but could actually be considered normal, depending on the situation and how frequently they express such ideas or actions. Therefore, it can be challenging to tell when your teen is behaving normally and just going through a phase from when they are actually dealing with a real mental health disorder.

While the occasional rough patch is normal for any teen, there are certain behaviors and ideologies that are atypical and should be evaluated more carefully. Specifically, there are warning signs that you should watch for in your teen in order to be able to see if they are experiencing a true mental health issue. In this article, we will discuss the warning signs to watch for in your teen and cover the ways in which you can assist them in getting help if they need it.

What Are Some Warning Signs of Mental Illness?

Again, there are many different changes that you will see your teen go through as they grow and start to become the mature version of themselves. Many of these fluctuations are completely normal. For example, your teen may change their opinions on things as their tastes evolve. They may also begin showing interest in new activities or groups of friends. Additionally, they may change up their style or want to experiment with the way they express themselves. All of these behaviors can be completely normal for any teen.

However, there are certain behaviors or attitudes that your teen may display which actually are cause for concern. In particular, there are several warning signs that you should watch out for. If these attitudes or behaviors are observed, then it’s possible that your teen is actually experiencing a mental health issue, and you may need to take steps to get them help.

Some of the most important warning signs to watch out for in your teen are as follows:

#1. A Loss of Interest and Energy: While it is normal for your teen to experience a fluctuation in their interests and energy levels, when you see this become a pattern of behavior, it may be indicative of a real problem. Specifically, if your teen is suddenly or unexpectedly showing a lack of interest in activities which they previously found stimulating or exciting, this could be a sign of depression or even attention deficit disorder (ADD).

Furthermore, it is normal for teens to need more sleep than others as their bodies are growing and changing on a daily basis. However, if you notice that your teen is spending an excessive amount of time in bed and ignoring their friends or responsibilities as a result, this could be cause for concern. If your teen is spending the whole day sleeping, displaying erratic sleep patterns, or seems always fatigued and distracted, this could mean that they are dealing with depression or another mental health concern.

#2. Trouble at Home or in School: Again, it is normal for any teen to show some degree of rebellious behavior. They may find themselves wanting to test the waters and see how people react to different behaviors. They may also want to test authority a bit occasionally, so a bit of an attitude at home from time-to-time can be nothing to worry about. Again, remember that teens are experiencing a high fluctuation in hormones, and this can make them a bit irritable at times.

However, there is a line. When a teen’s behavior becomes rebellious to the point of getting in trouble in school or repeatedly at home, there may be an issue. If your teen is regularly skipping school, getting in trouble due to unacceptable behavior, or being generally disruptive on a regular basis, then they may be dealing with a mental health issue. This behavior can come as a result of depression, ADD/ADHD (attention-deficit/hyperactivity disorder), bipolar disorder, or any other number of mental health concerns. Additionally, if your teen is continuously ignoring the rules you enforce at home, breaking their curfew, and generally not ever engaging with the family, they may be dealing with something related to mental health, and it may be time to seek help.

#3. Substance Abuse: Additionally, substance abuse is one of the most clear-cut signs that your teen may be experiencing a mental health crisis. Again, it’s important to note that experimentation is normal for any teenager. Thus, just because your teen tries alcohol once doesn’t necessarily mean that they are dealing with mental health issues.

However, if this becomes a pattern, then that is definitely cause for alarm. First, using alcohol or other substances on a regular basis can be extremely harmful for anyone, especially teens. Because their bodies and minds are still developing, using substances can work to hurt both their physical development and their mental wellbeing.

In addition, if your teen is self-medicating with alcohol or other substances, it is likely that they’re doing so in order to deal with some other disturbing facet of their life. Your teen may be experiencing depression or extreme anxiety and they may be working to mask the feelings that go along with those issues by using substances.

However, this is a vicious cycle. Alcohol and marijuana, the two most common substances that teens experiment with, are both considered “downers.” Thus, while your teen may feel a temporary sense of relief from using these substances, they will most certainly crash afterwards and feel even worse. If you notice that your teen is using substances to self-medicate, that is one of the clearest indicators that you should seek help.

#4. Signs of an Eating Disorder: Another very serious sign that your teen requires help with their mental health is if they are showing signs of an eating disorder. The two most common eating disorders are as follows:

#5. Self Harm or Suicidal Ideation: Finally, one of the most clear-cut signs of a mental health disorder in any teen is the presence of self harm or ideas of sucide. If you notice that your teen has marks on their body such as cuts or excessive bruising, this can be cause for alarm.

However, many teens may seek to hide the evidence of their self harm. Thus, you can look for other signs, such as a teen who is always wearing long sleeves and pants, even in warm weather. If they are seeking to hide themselves, then it’s possible that there may be some self-harm going on, especially if they are exhibiting other warning signs.

Furthermore, if your teen states that they are considering suicide in any way, this is definitely a red flag. Anytime there is talk of suicide, it should be taken seriously, even if you suspect your teen won’t go through with it. Make sure to consult with a professional.

Teens these days have much to contend with. They experience social and school pressures and are dealing with an influx of hormones and changes. Some behavioral issues are to be expected as a result of all of their outside influences. However, warning signs such as certain changes in behavior, eating disorders, or self-harm should never be ignored.

If your teen is experiencing any of the above symptoms, it may be time to seek help. Reach out to a qualified mental health professional, such as a therapist or psychiatrist, in order to receive tips on how to talk to your teen and make an appointment to have them seen. Intervening before things become too serious is imperative, so be sure not to shrug off any of the major warning signs. Your teen and entire family will benefit from your diligence, and you may be able to avoid a much more serious situation.