What is the Deal with Matcha Tea? 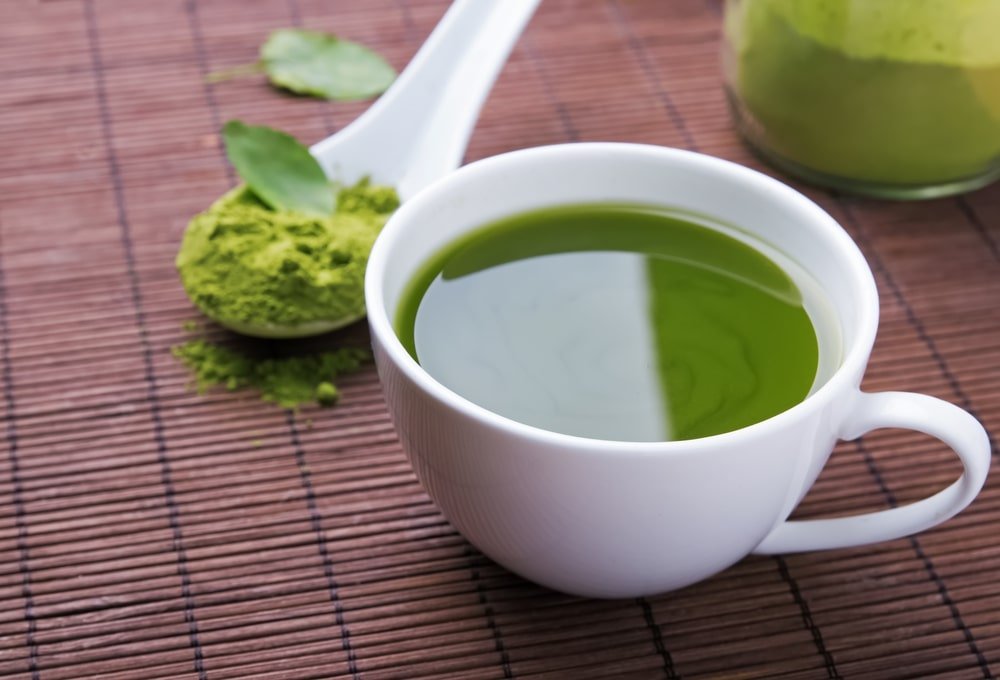 Lately, matcha has become increasingly popular, being found in the form of lattes, shots, teas, and desserts. Matcha comes from the same plant as green tea, though farmers grow this plant very differently, as they cover the plants about 2-4 weeks before harvesting to keep direct sunlight from reaching them. This results in improved chlorophyll production, and increased levels of amino acids. After the farmers harvest the leaves, they take away the stem and veins and grind the leaf up into a fine powder, which becomes the Matcha. This powder has a plenty of benefits, which explains its increasing popularity.

Antioxidants reduce the number of free radicals, that damage the cells and when amounts lead to chronic diseases.  Because matcha contains a lot of catechins, which are compounds that act as antioxidants, it has those effects too. In fact, the level of some catechins in Matcha can be up to 137 times higher than in other types of green tea.

According to several types of research, matcha improves attention, memory and the time of reaction. In fact, this effect may also be observed in case of seniors who consume matcha green tea, which is incredibly valuable from the point of resisting the process of aging, as in many cases aging causes the reduction of brain function, and anything that can resist this effect is tremendously helpful. It also contains caffeine and L-theanine, with the latter altering the effect of the former, ensuring that the energy crash that occurs after one consumed caffeine doesn’t take place.

The major causes of death across the world are various types of heart diseases. Green tea, which is produced from the same plant as matcha, has the effect of protecting individuals from heart disease. In addition, it reduces the levels of unhealthy cholesterol.

There are studies that suggest that matcha can help keep the liver healthy. In one study held on rats with diabetes, the researchers gave them matcha for 16 weeks, and they found that this had a protective effect for the kidneys and liver.  Moreover, an analysis of 15 studies revealed that there is a positive correlation between drinking green tea and decreasing risk of liver disease.

There are plenty of compounds that support you in a healthy state. Some of these compounds are can be associated with cancer prevention. For instance, one study linked a green tea extract consumption with a decrease in tumor size. Matcha contains EGCG, which seems to have very strong anti-cancer properties.

Many weight loss supplements contain green tea extract, as green tea is very well known for accelerating the process of weight loss, as it improves metabolism while having a positive effect on fat burning. It is even more helpful if applied in combination with exercise, as it increases the burning of fat by 17 percent.

Ways to Use Matcha

As mentioned above, matcha green tea is being used more and more frequently. People have found plenty of creative ways to consume it, such as lattes and desserts. Another great idea is to make matcha porridge or to add it to purees and soups to color them naturally. Another great thing to do with it is to make stylish ice cubes, by filling ice cube tray with cold matcha tea. The resulting cubes can then be used in lemonades, cocktails, etc. Finally, you can add the powder to your favorite smoothie, boosting its health benefits much more.

It is said that the origins of matcha are found within the Tang Dynasty in China, which reigned from the 7 to the 10th century. They used to steam the tea leaves so that they would form bricks, which were easier to trade. These bricks were created by roasting and pulverizing the leaves, which created a powder very similar to the matcha powder. The Song Dynasty, reigning from the 10th to the 13th century, were the ones who made it popular. It was during their reign that a Japanese Buddhist Monk came to study in China. Upon his return to Japan, brought tea seeds and the methods for preparing powdered green tea. It was then, in Japan, that the new method of cultivating the green tea plant was created. Which is by shading it before harvesting.

Matcha green tea can be used in a variety of ways, which is wonderful because it means that there are plenty of ways in which you can enjoy its countless health benefits. It is then of no surprise that it is becoming more and more popular.