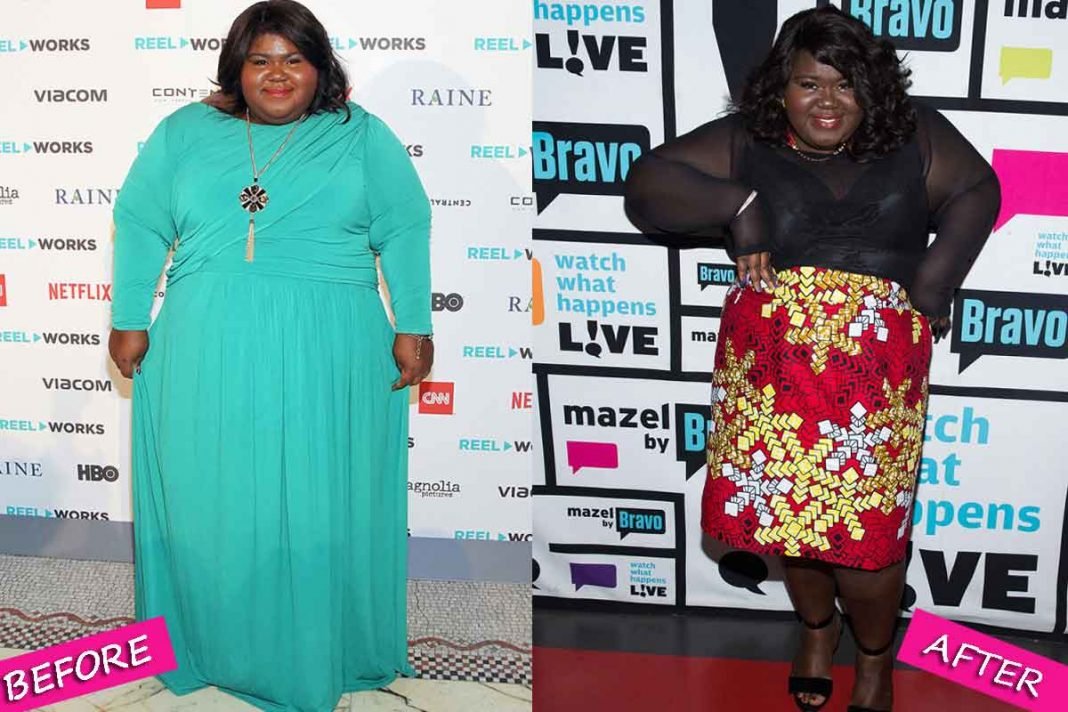 Today, Gabourey Sidibe is a successful actress, in particular, known for playing the main character in 2009’s Precious: Based on the Novel Push by Sapphire (for which she was nominated for an Oscar) and starring in the primetime drama Empire. However, she has struggled with her weight for much of her life. She has since conquered her problem, and maintains a healthy lifestyle, which leaves the rest of us with the question: “How did she do it?” That’s the question we’re going to answer in this article: how Gabourey was able to lose almost 200 pounds in a few short years.

Before we start explaining the methods of Gabourey Sidibe weight loss, we should explain why she was overweight in the first place. Her mother would force-feed her as a child and often took her to eat out at McDonald’s. She was often eating unhealthy food like soda and junk food. Even at six, she was aware of her problems with her weight, and it was at that age that she began her first ever diet. As she grew up, she struggled with depression, bulimia, and anxiety as she grew up.

She decided to start losing weight on the first day of January 2013, more than five years ago now. Specifically, she decided that she wanted to lose one pound every week so that she would have lost more than fifty pounds by the time the year was up. She wanted to do it for her own health so that she would have a longer, happier life and lifestyle. As she said in her memoir, This is Just My Face: Try Not to Stare (released in May of last year), “I did not get this surgery to be beautiful. I did it so I can walk around comfortably in heels. I want to do a cartwheel. I want not to be in pain every time I walk up a flight of stairs.”

She would also tell People magazine, “I was in a war with my body for a long time. If I’d started treating it better sooner, I wouldn’t have spent so many years hating myself. But I love my body now.” She explained that her struggles have made her stronger, and that “if they hadn’t tried to break me down, I wouldn’t know that I’m unbreakable.” She was referring to people who made fun of her because of her weight. Bullies like that even made her cry when they made fun of her on Twitter for the dress she wore to the Golden Globes in 2014.

Indeed, while open about her weight-loss journey, it is nevertheless a very private journey. In her own words, “My body will always be my body and you have nothing to do with it.” Like everyone else, she doesn’t appreciate the comment of strangers about the way she looks; she finds them strange and unsettling. She has even decided to stop looking at social media all the time because it’s full of pointless comments that don’t add anything to the conversation (and are often hurtful to boot).

How Did She Lose All That Weight?

So, how did she do it? Well, here are some of the steps taken for Precious weight loss, and toward living an unhealthy lifestyle. 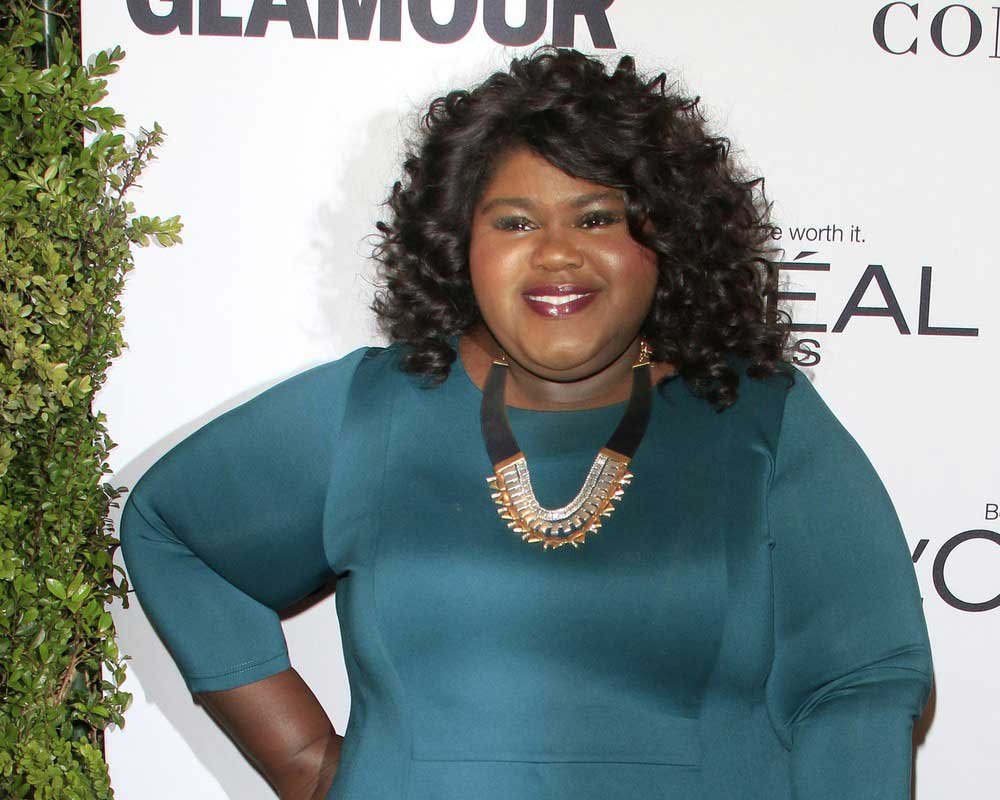 Eating Healthy For a Better Lifestyle

First, she stopped eating processed foods. Did you know that processed foods are one of the major reasons we gain so much weight? They’re filled to the brim with unhealthy fats, sugars and cholesterol. And this applies to all processed foods, whether they’re cupcakes, chips, and Oreo cookies (some of Gabourey’s preferred foods before she began her duet). Instead, she sought to replace these treats with healthy foods like hummus, crackers, fruit, and vegetable chips instead of potato chips. This helped her steadily reduce her intake of salt and sugar. As well, the fact that she was eating healthier foods in their place prevented her from feeling hungry like she used to.Following a proper weight loss plan is not as difficult as it seems. All you need is passion and consistency. If you are not able to follow a proper plan, consult best dietitian in Karachi.

Along the same lines, she replaced her diet with healthy foods. These included leafy greens, green beans and broccoli (as well as other complex carbs), fish fillet, and skinless chicken breast. She cooked with avocado and fish oil—these gave her healthy fats—and limited her red-meat intake to three times a week only.

She would drink a glass of cold water before she ate; this allowed her to stay hydrated and slaked her thirst. Thus, because she wasn’t thirsty at the point where she was eating her meal, she wouldn’t believe that her thirst was actually hunger, and go for more food as a result.

Another part of the Gabourey Sidibe weight loss was that she stopped drinking soda. Before she decided to take this step, she was drinking about a half-gallon (more than 1.5 liters) of soft drinks every day. Once she stopped drinking it, replacing it instead with healthy water with a slice of a lemon inside, she found that her insulin levels regulated themselves, and her weight started going down.

One interesting thing done for Gabourey Sidibe weight loss was use of smaller plates. Typically, she ate out of plates that were 12 inches in diameter, but she replaced these with ceramics of 9 inches only. As such, she was able to eat a meal of two thirds the size, yet all the while she didn’t feel like she wasn’t eating enough because her plate appeared full. Indeed, a lot of the time we eat so much not because we’re hungry, but because we’re used to eating everything on our plates—and our plates are big.

Another interesting thing she did was to control the size of her meals, as well as the timing of them. Before, she would have a very light breakfast in the morning; lunch would be medium-sized, and then was followed in turn by a large supper. After being advised by her nutritionist of how unhealthy this was, she decided to eat a lot of for breakfast, maintain the medium lunch, and then have a smaller dinner instead. She made a point of eating her meals roughly three hours away from each other, and had healthy snacks, like the ones we mentioned earlier when she found she was hungry in between meals.

But the Precious weight loss star didn’t just eat healthy. She also began exercising. Employing a personal trainer, and making sure to get a gym membership, she began with a program featuring low-impact, low-pressure exercise that didn’t cause her a lot of joint pain. These cardio exercises were also responsible for intensive calorie burning and included using a treadmill, a Versa climber, and a stair stepper. She did exercises with weights as well: barbell curls, the lat pull-down, leg presses, squats, and lunges. She made an effort to work out three times a week, with each session lasting thirty minutes.

She also did get laparoscopic bariatric surgery in May of 2016; this was due to her fears related to her developing Type 2 Diabetes, since those who have the condition risk dying from related complications. She was worried and stressed out over it, and fretted over the possibility of losing her toes. Both she and her brother, Ahmed, were diagnosed with the disorder at the same time.

At the end of the day, we have a lot to learn from Gabourey Sidible weight loss struggles. She had a problem with herself—not only with the way she looked but also with her health more generally—and she took the means to resolve it. She worked hard, asked for help when she needed it, and don’t back down from any of the struggles that faced her way. Instead, she took her time in dealing with them and sought out the tool she would need to help her advance.

These are precious tools that we can all use in our own personal lives, no matter what our goals are. Whether we want to live a healthier lifestyle, lose weight, exercise more, or even resolve issues in our personal or interpersonal lives, we can definitely apply Gabourey’s lessons to our real lives. She worked hard for what she believed in and eventually came out on top. She didn’t let her obstacles bring her down. In fact, her obstacles made her stronger. If you would want to become a successful actor and have weight loss issue like here so, Let’s repeat a quote of hers: “If they hadn’t tried to break me down, I wouldn’t know that I’m unbreakable.” And that, truly, is the kind of strength we can all learn from.