Home Health Safe and Effective: 5 Steps for Whitening Your Teeth at Home 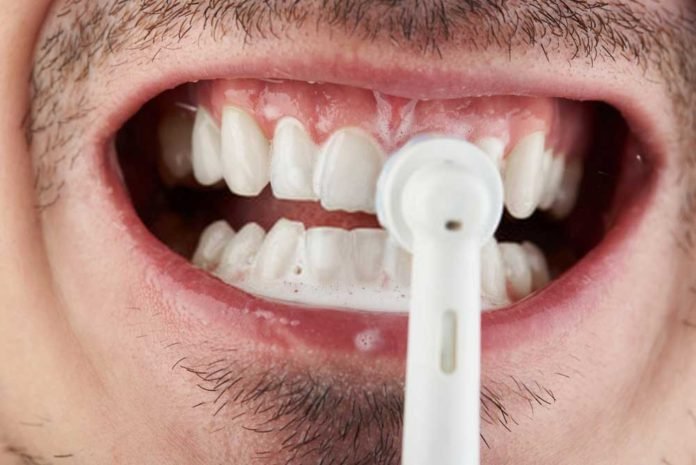 Cleaning teeth is big business in America. If you doubt that, take a stroll down the toothcare aisle of your local market. Although many of these products work well, some contain chemicals that might not be the best for you.

These problems can be avoided by taking matters into your own hands and using natural tooth cleaning methods in your kitchen. Want to get more details? Check out some of the ideas below.

Oil pulling is an Ayurvedic practice that has been used in India for more than 3,000 years. It’s important to know that there is no scientific evidence that this method of oral hygiene works, but many swear by it. All it takes is a tablespoon of oil (coconut oil works and tastes the best). Swish it around in your mouth for between five and 20 minutes every day. Then spit it out. Do not swallow it.

A simple and effective way to whiten teeth that have been around for years is to mix about a teaspoon of baking soda with a few drops of water and put it on your toothbrush. Baking soda acts as a mild abrasive to gently take stains away. Use it instead of toothpaste and you will probably have whiter teeth in no time.

Eat an Apple a Day

It’s been said that an apple a day keeps the doctor away. We’re not sure about the doctor, but eating that same apple a day might keep the dentist at bay.

Hydrogen peroxide is another one of those little items frequently found in first aid kits, but rarely considered when it comes to tooth whitening. This is curious since it also happens to be a frequent ingredient in toothpaste.

Seeing results with hydrogen peroxide may take some time since the peroxide sold in stores only includes three percent of the substance, but it does work. Caution should be exercised in some people because it might irritate gums. The best way to determine this is to try it. Many dentists also warn that hydrogen peroxide should not be used orally long term.

Apple cider vinegar has seen a lot of airtime with people touting its health benefits, including its use as a home remedy for whitening teeth. That might be a little hard to understand since it is also being promoted to remove calluses from your feet, but that’s a different matter. Still, according to its many adherents, apple cider vinegar kills harmful bacteria while promoting the growth of beneficial bacteria. The natural acids in apples are great for removing stains from teeth.

Your Best Bet: Brushing and Flossing

There you have them—five ways to clean teeth naturally. But just like many things that are tried and true, one of the best ways to whiten teeth and keep them that way is to brush and floss them daily. For best results, brush your teeth twice a day. Besides that, check-in with your dentist twice a year for cleanings, and this will contribute to your teeth and mouth’s overall health.