Home Health The Dangers of Sepsis 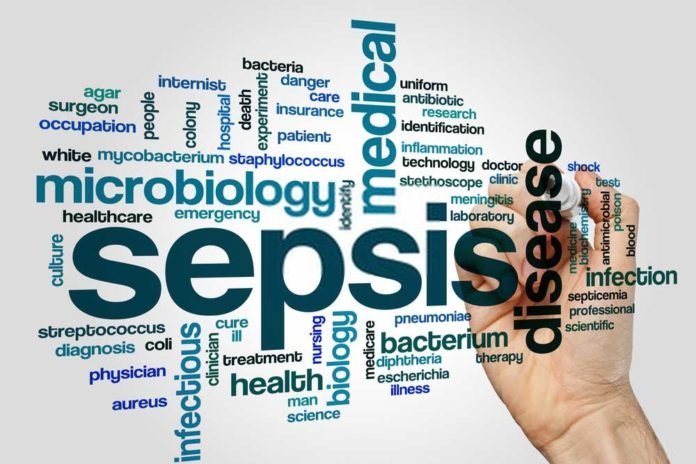 Wound infections can be deadly. Estimates suggest that sepsis is the contributing factor in a third to one-half of all deaths that occur in hospitals. It’s terrifying but it’s true. The most notable death is that of boxer Muhammad Ali in the year 2016. What is more terrifying is that most Americans have no clue of what sepsis is, but is one of the most expensive hospitalization admissions nationally and is increasingly becoming the most common cause of admissions to the Intensive Care Unit for older people as well. Upwards of a million patients are admitted to the hospital each year as a result of sepsis. A combination of heart attack and stroke admissions are less than this.

Even though a wound infection can be treated with ease by the administration of antibiotics and expert wound care to the area that is affected, if it goes neglected it will usually get worse. If it spreads it can lead to fatal consequences for the patient. The most dangerous and deadly complications that can stem from infection is sepsis. If chemicals seep into the bloodstream to try to fight infection, your body kicks into anti-inflammatory mode all throughout. The inflammation can cause the blood to fail to flow to organs such as the brain, heart, and kidneys.

Inflammation that stems from sepsis can cause negative bodily changes that lead to internal organ damage rather rapidly. It also hinders the wound healing process. If a wound is slow to recover and is left open it is at a constant exposure to harmful bacteria and the body is susceptible to colonization.

If you have a wound, it is imperative that you keep watch for any signs that sepsis is setting in. Symptoms can include (but are not limited to):

Sepsis doesn’t have to be wound-related. It can be the result of any type of infection, such as a urinary tract infection, appendicitis, gall bladder infection, or even pneumonia.  All of these can make a patient incredibly ill, like sepsis does. There’s no lab tests that can be performed to confirm that sepsis is present in a patient. There are many medical conditions that can imitate sepsis, so physicians have to rule these out. They can include overdose, allergic reactions, bleeding, blood clots, and heart attacks. Because sepsis can be fatal and is time-sensitive it’s important that the diagnosis is correct.

If signs of sepsis are present, you should seek emergency medical treatment immediately. If you think that you’ll get better if you wait, you’re making a dangerous decision. You can experience a sudden drop in your blood pressure which can lead to septic shock and you can die. If the patient has pre-existing medical conditions such as a chronic lung disease, any type of cancer, kidney complications, neurological disorders, autoimmune diseases, or diabetes are all at a particularly high risk of forming sepsis.

One of the problems is that it can be rather difficult to diagnose sepsis and differentiate it from some other diseases and disorders.

The usual treatment for sepsis includes an onslaught of antibiotics to fight off the intense infection along with vasopressors to bring the blood pressure up if it has dropped significantly. If the sepsis case is severe, supportive care will be required. Oxygen therapy and intravenous fluids along with the possible need for dialysis. If the antibiotics fail, there may be a need for emergent surgery to remove infected tissue from the body.

As little as ten years ago doctors thought that if a patient had sepsis and could get better enough to go home, discharge meant that the patient had been victorious over sepsis. Unfortunately, the reality is that upwards of 40% of patients with sepsis are readmitted within three months. Each time the patient is readmitted the cost and risk heighten. Survivors are at risk of death for months, even years after the severe infection is banished.

Sepsis and the related issues are what feels like a medical nightmare for the patient. But post-hospitalization more problems can arise. There is a condition called post-intensive care syndrome, also called PICS. This health issue sometimes rears its ugly head after a patient has battled a critical health problem. The roller coaster of anxiety and depression being present synonymously, physical weakness, and difficulty with remembering things both short term and long term are the most common symptoms of the illness.

PICS coupled with repetitive readmission to the hospital are factors that are not considered when formulating an estimation of the cost of caring for sepsis patients. It is estimated that $5.5 billion is spent annually, there are difficult to predict billions on:

An unfortunate reality regarding sepsis is that it will take a patient’s life. The only hope for improvement in the care of sepsis is through research and quality care from specialty doctors. Sepsis patients have a team of doctors such as a primary, internal medicine, infectious disease, and wound care specialist. A heart doctor and pulmonary specialist may also be  on the team.

Public awareness will lead to patients that get to the hospital earlier when sepsis is in the developmental stage and this equates to immediate treatment and this can bring the risk of long-term health issues down.

Groups of physicians and the makers of policy redefined sepsis in 2016. Aiming to more efficiently decipher a patient’s whose body is fighting the infection naturally  versus a person with a body that is being destroyed by the infection and it’s side-diseases.

In the redefinition a new tool was developed by a group of doctors, the tool is called qSOFA for the purposes of prediction.  qSOFA  can identify infection in a patient that is at risk for death or chronic intensive care.

Only three factors are needed my the instrument to determine identification, these are:

If a patient is dealing with infection and at least two of the three risk factors are present then the likelihood of the patient having sepsis is high. The qSOFA  was created to examine millions of patient’s health records and contrast them to the current patient’s symptoms and pre-existing conditions.

Even with top-of-the line care on an inpatient basis, many sepsis survivors have issues that continue. The loss of memory and physical fatigue are two common ongoing issues. Doctors are battling the challenge facing them on how to optimally care for the rising percentage of patients that are dealing with beating short term sepsis only to go home and discover their fight is not over and the victory over long term sepsis is needed.

The rising percentage of repetitive hospitalizations post-sepsis has suggested that there is another avenue for improving care. The analysis of sepsis patients can be used to suggest the proper intervention for each patient on an individual basis. Vohra Wound Care has already incorporated this through the utilization of Artificial Intelligence and machine learning.

2012 saw regulation passed in New York that required every hospital to have a sepsis identification plan that outlined the identification of the condition along with a plan for the provision of prompt treatment. If the policy does nothing else, it is believed to be a call for action for facilities, wound care experts, and infectious disease physicians nationally.

The Center for Medicare and Medicaid Services (CMS) are trying to improve care as well by adjusting payment parameters according to the quality of treatment sepsis patients receive. If a hospital has good grades, they will be paid more. The hospitals with negative marks will receive a lower payment.  CMS requires hospitals to make public reports of their compliance. The mandate for reporting is believed to be a positive step toward better care and accountability.

The way a facility deals with sepsis is a variant of solutions differing from facility to facility and even patient to patient. Data, monetary representation, and better awareness rises, the step toward patients getting care that is top-of-the-line will also see positive upticks while improving cost-effectiveness as well.