New Moles after 30: What You Need to Know 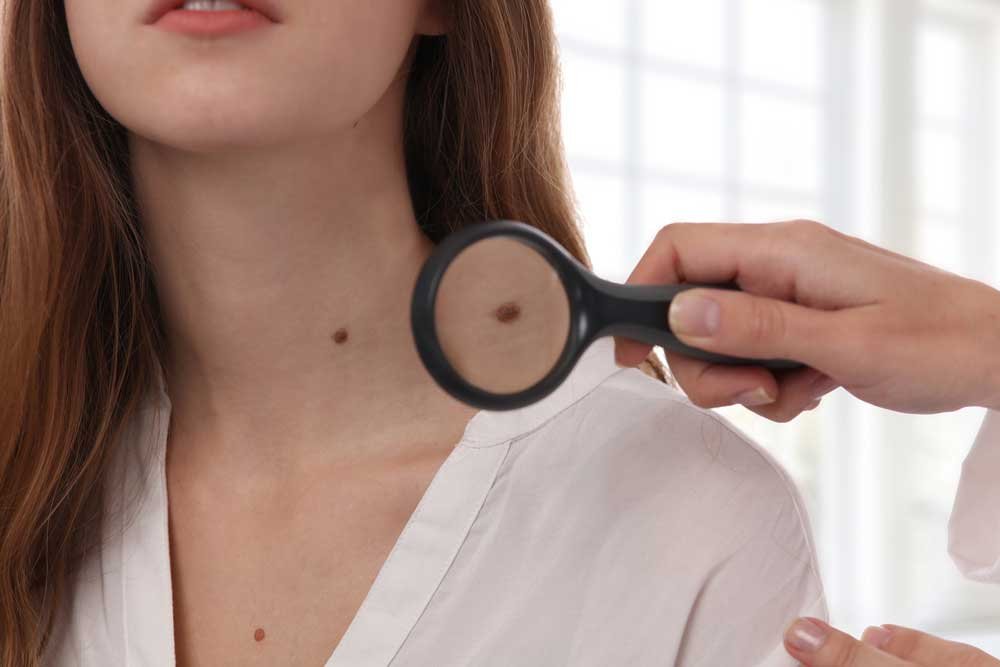 While the appearance of new moles can be a skin cancer red flag, it’s important to realise that it’s perfectly normal for people to acquire and lose moles throughout their lives.

Some moles are present right from birth but others only start developing after the age of 2 all the way through to middle age. Most babies are also born with some form of birthmark, with moles only forming later in childhood or during adulthood.

Any mole that forms after the age of 30 though can be a sign of melanoma.

It is absolutely still possible to develop new moles in your 30s and 40s but the older you are, the more suspicious you should be about new blemishes. New regular moles are rare after 30 and any time that new moles accompany freckles, liver spots or lentigines, it’s important to have your skin checked on a regular basis.

For good measure, schedule an appointment with a skincare specialist once a year after the age of 30. If you know that you are already at a higher risk of developing skin cancer, seeing your doctor at least twice a year might be a better idea.

After the age of 30, you should be keeping a close eye on existing moles and watching out for new moles. While it’s important to know how to check your moles at home, it’s still a good idea to have a professional check your skin too. Skincare professionals know exactly what to look for and can tell you whether a mole should rather be removed for safety sake.

When researching mole removal specialists in your area, don’t forget to review their mole removal before and afters gallery.

For those who are more elderly, any new moles and freckles warrant an immediate visit to a doctor because most spots start to fade during your senior years. In the cases of people under 30, any mole that looks suspicious should also be checked as soon as possible.

Sun exposure continues to be the leading cause of skin cancer, with most of the damage occurring during childhood. Signs of sun damage such as wrinkles and tumours only tend to appear much later in life.

Even though there isn’t much you can do about existing damage, there are still steps that you can take to protect your skin going forward. Wearing a good quality sunscreen with a high SPF is one of the best things you can do for your skin. If you will be spending time outside, limiting your sun exposure and wearing protective clothing that includes hats and sunglasses is also key.

If you can, always avoid the sun between 10 am and 4 pm if you want to reduce your chances of developing skin cancer. It also helps to check the UV rating before you head outside so that you know what you need to take along to protect your skin. If you still want to have tanned skin but not expose yourself to sun impact, use a spray tan machine. Read more about its benefits and usage.